Except that is mainly used for video games, virtual reality can be a good way to reproduce music content. That was recognized by NextVR which is releasing a VR concert of Coldplay. This content is intended to be watched by the Samsung Gear VR. 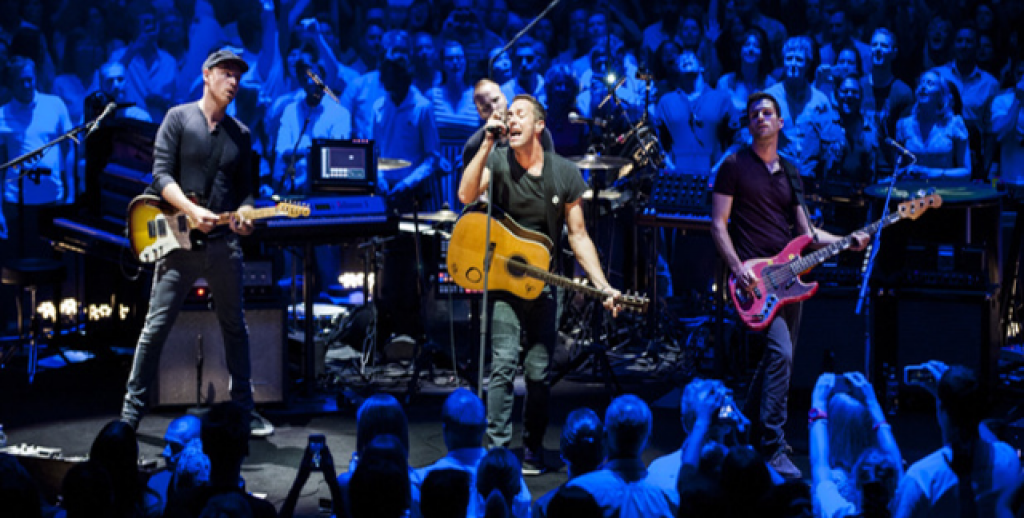 Live concert is filmed using special cameras and this job were entrusted Laguna Beach, Calif-based NextVR. This event was named Ghost Stories concert, and its VR reproduction is placing user on stage with band members. NextVR pointed out that purpose of this project is to create feeling that is “better than being there”.

A complete concert is placed in this VR experience, but fans will soon have another clip available. It’s the first song, A Sky Full of Stars, which will be the part of the NextVR app. Of course this app will also be adapted for Gear VR headset that is working alongside Samsung Galaxy Note 4 smartphone.

Beside this, 17 patents of NextVR are granted and are waiting for filming, compression, transmission, and display in VR technology. In next few months this company should prepare another experience, for example sitting in the first row next to playing area of a court at a basketball game or at the fashion show.

The Coldplay VR experience is created in London in cooperation with the band since they wanted to gladden both fans that already attended the event and just like to revive it another time and those who didn’t have opportunity to be at the concert.

NextVR arranges with Coldplay some future virtual reality projects. Phil Harvey, creative director of Coldplay explained that the user of this content feels like he/she is literally inside the performance side by side with band crew. “The quality of this virtual reality experience is far superior to anything else out there. It’s pretty mind-blowing” said Harvey.

DJ Roller, co-founder of NextVR believes that as much as visiting an IMAX theatre felt like almost being there, NextVR’s content is far better.

“There is no comparison for what we’re offering because it hasn’t existed until now. We’ve worked on perfecting the technology for the past five years, and now we’re excited to finally share the result” he said.