At over 29000 feet, Mount Everest boasts of being the world’s highest mountain. Only 4000 people have scaled the mountain but thanks to the ingenuity of Solfars Everest VR, you too can summit the world’s loftiest peak without having to make the expensive trip to Nepal albeit virtually, wearing HTC Vive.

The developer who is based in Iceland is set to publish their app as a series of connected experiences that illustrate all the major milestones one covers when climbing the mountain. Everest VR is scheduled for release on the 28th of July. It will be available for Steam downloads for $24.99.

Everest VR takes you through a thrilling 30-minute journey. It’s breathtaking. The HTC Vive app will take you through the task of climbing Sagarmatha either through a demo experience (to be enjoyed in public VR rooms) or by enjoying the five scenes – Base Camp, Khumball Icefall, Camp Four, Ascent, and Summit. For a few hours you should be able to take in the view that millions around the world could only dream of.

How Everest VR came to be

Developers created the app by taking over 300.000 stunning photos of the mountain after which they created a 3D mesh with textures powered by the Epics Unreal Engine 4. You’d be surprised to note that Solfars Everrest VR (the developer) also created a highly detailed 3D-point cloud of the mountain to fit in with the demand users would have had of the app.

To achieve this feat, Solfars Everest VR had to turn to RVX (based in Reykjavik) for visual effects. The animation studio made a mark for themselves when they created the visual effects in the movie Baltasar Korkurs Everest which was released last September by Universal Pictures. 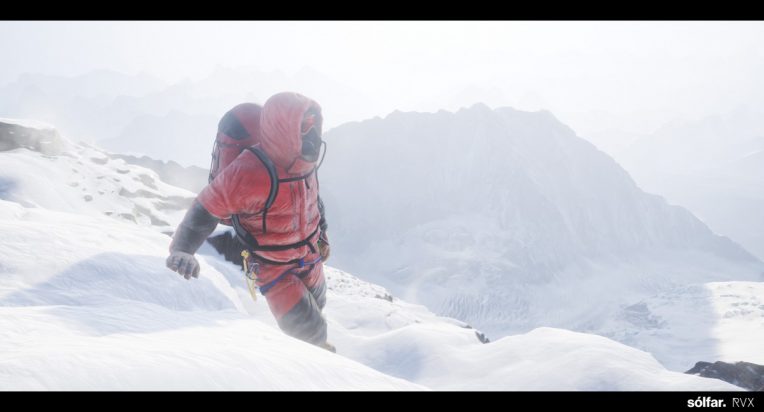 Same thrill for a cheaper fee

Climbing Mt. Everest is an expensive venture. It will cost you a whopping $45.000 plus 8 gruesome weeks to go up the mountain. The VR experience is a cheaper alternative not to mention it’s much safer.