Is your phone Daydream-ready? Well this is a platform that will allow you to enjoy all sorts of VR experiences, so if you don’t own Daydream ready phone you’d better be.

The big push by Google into the virtual reality has finally paid off. Now you can be able to sit back and watch any episode of your favorite series, draw fantastic pieces of your art, with a bubble as the canvas, and basically you’ll be spoilt for choice due to the innumerable number of immersive games on offer.

Surely Daydream will be the real deal when it comes to enjoyment. In order to be on the Daydream list, your phone must have the Daydream stamp of approval.

Daydream View VR headset goes for $79 excluding the phone that would use the new product.

The greatest advantage of Google Cardboard is the fact that it is compatible to most smartphones. This has basically opened up the platform to a broader audience. But for Daydream platform Google does not allow just any old device in the headset since Daydream aims for higher quality experience. Among the smartphones that are now certified include: ZTE’s Axon 7 and Zenfone 3, Deluxe. HTC, Samsung, Huawei and Alcatel have also confirmed support. Daydream View VR headset will start shipping this month.

Presently virtual reality information is fragmented and cannot be accessed from a central location. If you’ve ever gone through the charade of watching YouTube videos through a VR gear, you know what that means. You basically have to jump through several hoops to access the content that you’d like to view. 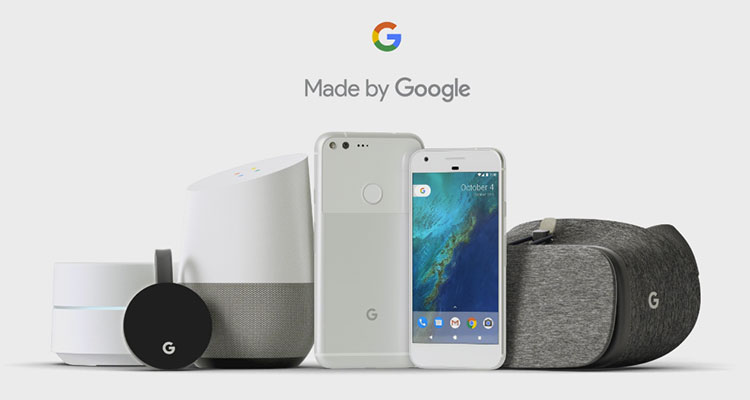 Both versions of Google’s of first pixel smartphones are Daydream ready. These include the 5 inch and the 5.5 inch versions. The Daydream platform comes pre-installed. Among the features in this phone include a powerful snapdragon 821 processor equipped with 4GB of RAM and Amoled display. The larger pixel offers QHD display while the smaller one is 1080p. This means that the larger pixel will offer you the best VR experience in general, but are highly accurate in head tracking and are designed to work well with the headset. Buy on Amazon 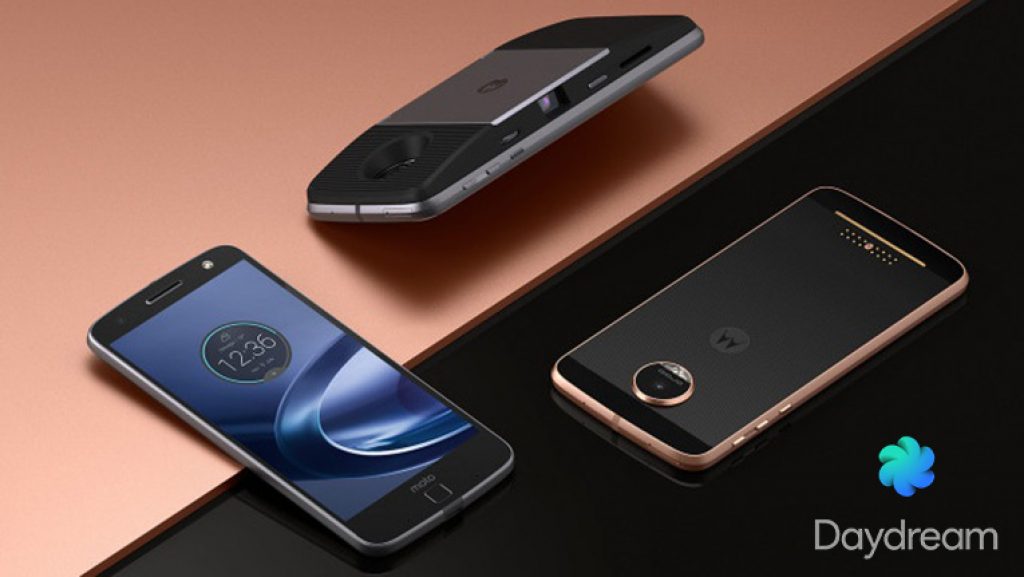 This will come as a positive surprise to many Moto Z owners as Motorola had never show signs of these line of devices being compatible with Daydream. As you would remember, there were only two lines of devices that were compatible with Google Daydream in the name of Pixel XI and Pixel.

By being the first outside phone manufacturer that works well with Daydream, Motorola has made a huge step toward market dominance. There is no indication of other smartphone providers joining this as Google restrictive approach is still in play.

The good thing with Daydream devices is that they are certified to use the platform while at the same time being enhanced for VR functions. Such devices usually have high resolution features and even precise sensing capability to help in head tracking.

However, you will first need to pair your Moto Z with Google’s Daydream VR headset that goes for only $79! You will find it to be to offer the most comfortable VR experience like no other before. This is truly a step in the right direction. Buy on Amazon 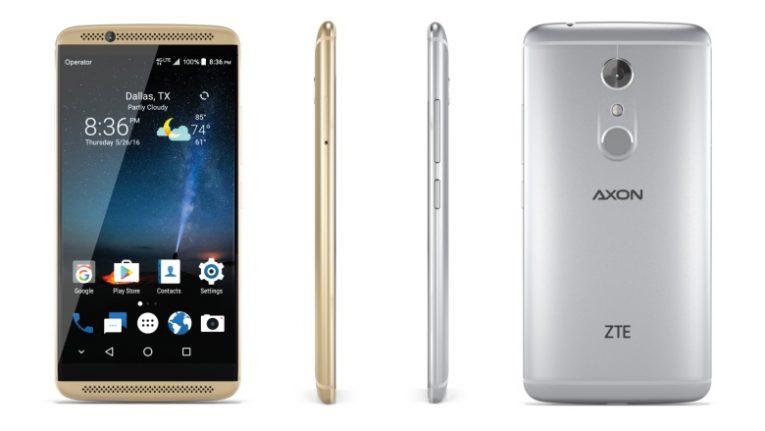 ZTE was the first Android manufacturer to ever step up and claim Daydream readiness. They claimed their preparedness even before Google had Daydream ready for use. They even had the Android 7 requirement ready. However Google is yet to recognize ZTE Axon 7 as a Daydream ready phone. This may be due to the lack of Nougat on the smartphone currently. The smartphone’s features include a 5.5 inch WQHD Amoled display, 6GB RAM, Snapdragon 820 processor. The phone should be fun to use when Day-dream is ready. Buy on Amazon 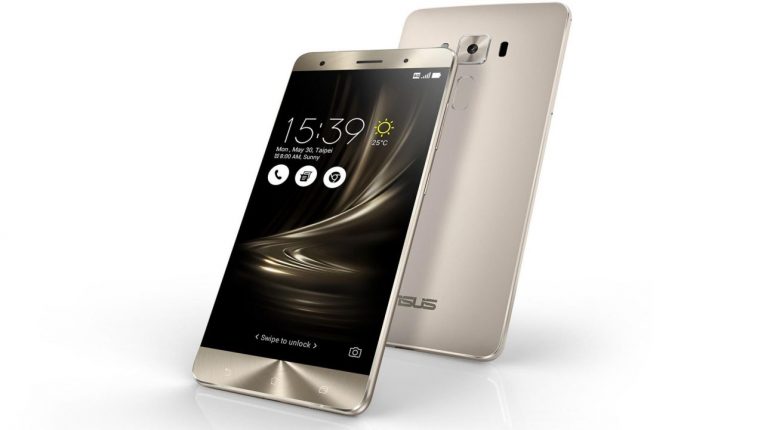 This phone comes in three models with different processors and storage sizes. The high end version comes with 256 GB of ROM and 6GB RAM. Other spec bumps include Snapdragon 821. This phone is Daydream ready and certified. Buy on Amazon 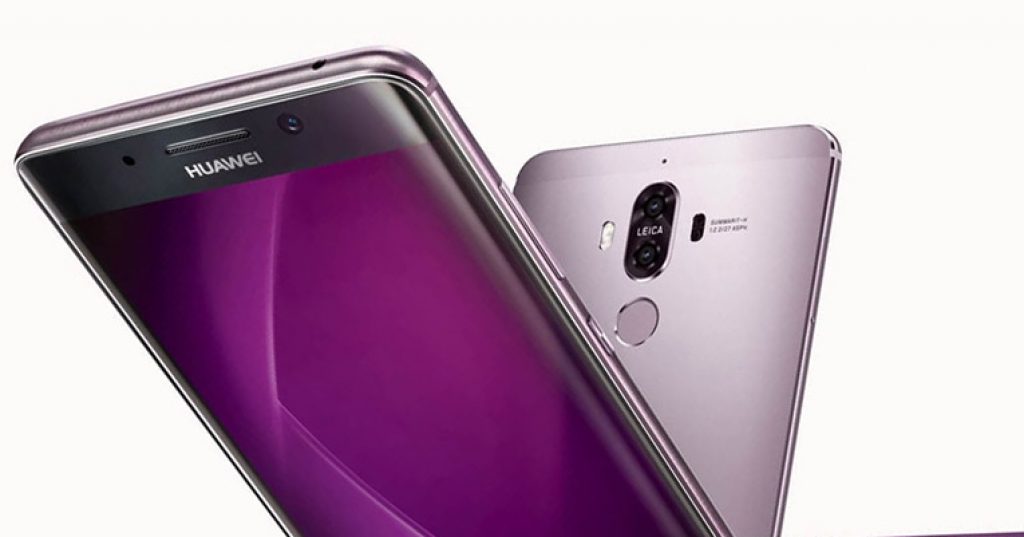 The Mate 9 Pro is equipped with an AMOLED display with a size of 5.5 inches. The display comes with a resolution of 1920 x 1080 pixels. The Mate 9 Pro is powered by a 1.8GHz octa-core HiSilicon Kirin 960 processor with 4 GB RAM. 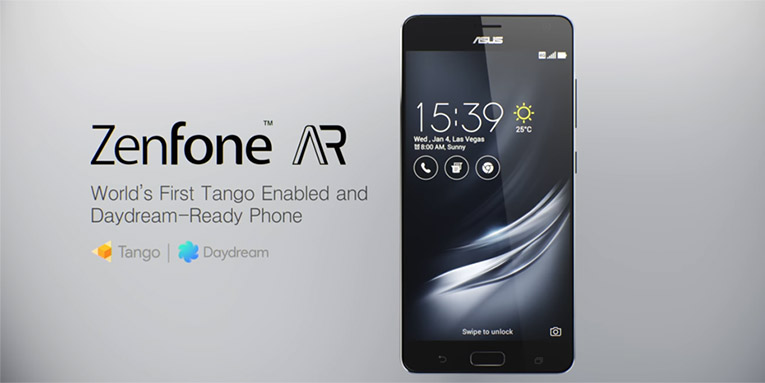 Asus have unveiled their first ever phone with both Daydream VR and Google Tango. Inside of its sleek exterior, the phone is perfectly branded as Asus Zenfone AR and packs impressive features. Let’s trail together to see what’s most appealing on this phone.

With its fully interactive technologies and good audio, the phone delivers a good mobile VR experience. This is what takes the phone at the top, as compared to other Android smartphones.

Even though more about the phone is yet to come out from the manufacturers, the truth is that it is already making headlines in the world of technology. However, at least so far, those individuals who love watching through YouTube, playing games, using Netflix, HBO, and others, will be able to do it with Google Daydream View headset and Asus Zenfone AR.

List of Google Daydream-ready phones and devices will definitely expand very soon so make sure to visit VRheadsets3D.com again.