Magic Leap, tech startup promising to utilize its Digital Lightfield technology to merge the digital and real world, has announced a partnership with the NBA. The company through its CEO Rony Abovitz revealed that they will be rolling out a wearable headset dubbed ‘Magic Leap One‘ which through the NBA partnership will enable fans of the game to watch replays, stats, and commentary complemented with graphics like never before.

The company’s Digital Lightfield technology emits digital light at different wavelengths to combine with natural light and produce objects that seem lifelike to the naked eye. Magic Leap and NBA partnership will enable NBA fans to have multiple digital virtual views of their choice to choose from. These virtual screens can be projected to a size of their choice from any location they deem fit. 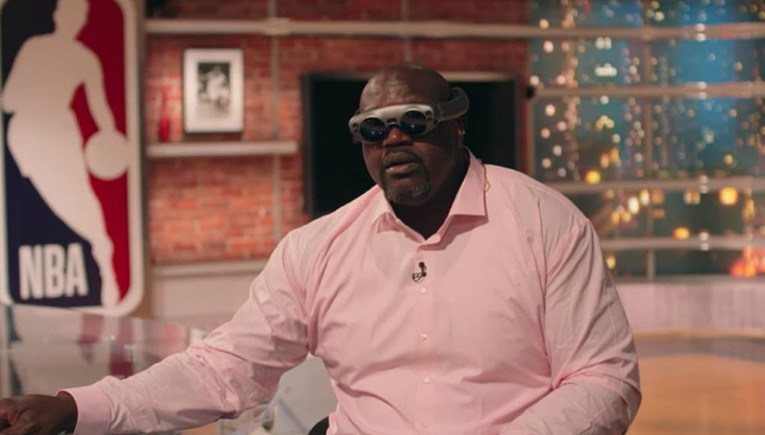 These are exciting times to be an NBA fan. While live games will still not be available on the headset there are plans to eventually make it possible to stream a 3D live game from anywhere. An NBA app that has exclusive content such as classic encounters from the past and memorable highlights is also in the works.

A video footage shown at Recode’s Code Media conference featured retired NBA star Shaquille O’Neal wearing the headsets and according to him, it’s an experience of a lifetime. Apparently, he watched a full court game in the glasses, witnessing a Lebron shot in the action. ‘Big Shaq’ as he is popularly known, had to wear a Magic Leap large according to Abovitz, indicating that there will be various sizes of the headsets when they launch. The glasses promise to be a real deal with Warriors forward Andre Iguodala seen an interview praising them last year.

NBA commissioner Adam Silver who was also on stage at the Recode’s interview welcomed the partnership saying it was an honor for the NBA to be Magic Leap’s initial partners. He later said that among their goals of the partnership is to find new ways for fans to watch the game and that it’s been on the agenda for a while.

This partnership is good news for the NBA which has had to cope with a decline in TV viewership for a while. It shows a major leap forward by the league to embrace technology in order to improve the live game experience {hopefully} and boost their viewership numbers.

This new technology by Magic Leap doesn’t necessarily mean that previous platforms to watch games will be eventually rendered obsolete as the Senior Vice President of Global Media Distribution of the NBA Jeff Marsilio noted. Previous technology embraced by the NBA such as Radio, TV and lately the Internet simply provided new platforms for fans to consume live games from a variety of choices.

New partnership ticks all the right boxes, from the fans to the NBA and to Magic Leap itself. The fans are the ones in for a treat with the glasses promising to make the game more interactive and vivid. With the glasses launching later this year, all the fans can do is wait.