Paul McCartney VR app gets you on stage

To sit in the first row at Paul McCartney’s farewell to Candlestick Park Concert in San Francisco last August you should have to pay over $500. Today sitting beside McCartney’s piano during the same event can be paid just $10, if you want to enjoy just one song in virtual reality.

This is possible by virtue of Google Cardboard app developed by Jaunt VR that’s named – Paul McCartney. App is free and you can see and hear this singers’ performance of Live and Let Die at the famous concert. 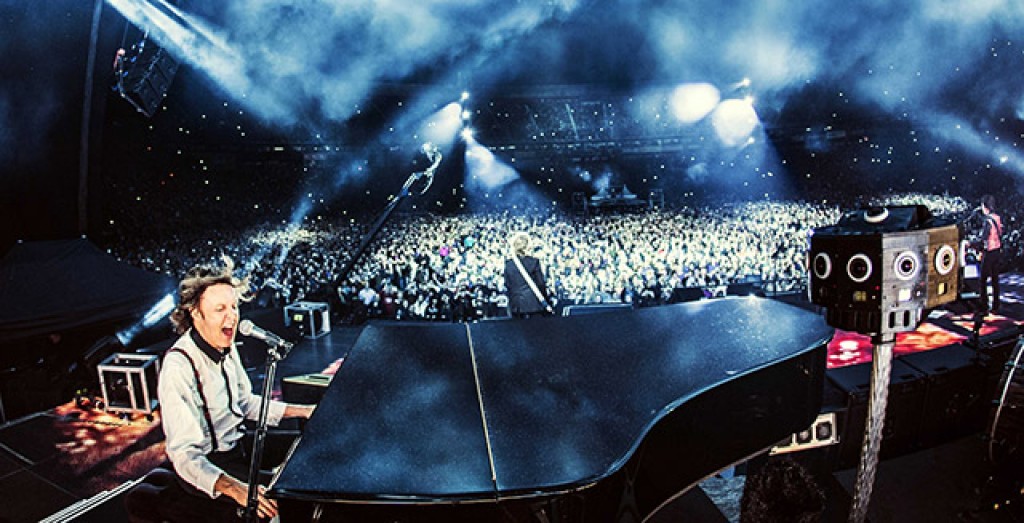 For the Google’s VR kit you should pay just $9.99 and it’s possible to order it online, or even make it by yourself. The device is used with Android Phones that can be inserted in the holder, or iPhone 6 with the appropriate apps.

Google Cardboard is a good way to experience virtual reality and save some money. Those who can’t wait to collect $350 for Oculus Rift headset can just build cardboard kit and use smartphone to enjoy VR.

Jaunt VR is the company that sells hardware and software for making immersive experiences for commercial users. Releasing Paul McCartney app is a good way for this company to promote their own products.

The app made by Jaunt VR gives a stereoscopic view with a faintly diverse image for each eye. It’s important to use headphones to complete the experience. To control the content that is watched via Cardboard, you should look at it and pull down the washer attached on the kit. The washer is also used to pause and again to continue playing the video.

Disadvantages of the Cardboard are that you can’t adjust image, and there is no straps that would be used to attach it to your head so the device should be held up to face.

When you get into app you are placed next to former Beatles piano, while he is playing Live and let Die. Turning head around allows you to observe every part of the stage, band members, and even audience. It’s also possible to see light show, theatrical smoke and fog. Under your virtual feet there is Jaunt VR. It’s not enabled to walk around stage but you will feel like you’re actually participating at the concert.

The song is recorded by 3D sound-field microphones to make experience more realistic. That means that moving head away from virtual Sir Paul, sound changes – becomes lower. That sounds like music was positioned in space.

Sound is in high quality but the video is a bit fuzzy, and you can’t see controls for fast forwarding video. Anyway, these disadvantages don’t reduce amazing feeling.
If you want to participate a Paul McCartney concert, finding yourself on stage with him, this app is perfect for you. Of Course you need to use smartphone that suits Google Cardboard, and order device online. Jaunt VR announced that this app will be available on Oculus Rift and Samsung’s Gear VR headset, for the Samsung Galaxy Note 4 phone.