With much anticipation going on coupled with lots of rumors about Samsung’s alleged advancement, it has now been confirmed that Samsung will be announcing the more advanced version of their Gear VR virtual reality headset for their phones. About two years ago, Samsung Gear VR Innovator Edition was created after Samsung joined hands with Oculus VR. The price remains the same, $99 with the sales opening officially on 19th of August but the pre-orders are allowed from tomorrow.

This new Gear VR has been styled up a bit compared to the previous innovator edition. And for starters, it abandons the regular white and grey colors as it was with the others and takes up a new black and navy appearance which apart from wanting to make things different this time around, the developers find the darker shade of colors more helpful in ensuring that very little light is leaking through as well as cutting off the reflection that has be seen for a while in the headset and the lenses. 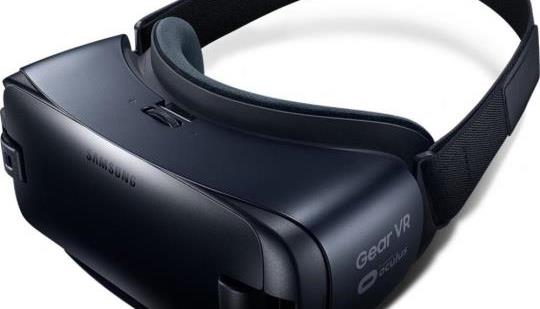 The immersion is seen to have been pushed higher up, as the field of view has been greatly increased from 96 degrees all the way to 101 degrees. Through last week, rumors had it that it had been pushed to 110 degrees which meant more things to see but the slight difference in-between does not make the the gear’s great advancement any less.

To make the ease of use even more simple, a new button has been put in place to help you get back to the main menu with relative ease. The button has been located beside the “back” button for easy coordination. The touchpad, highly sensitive, that makes it possible to navigate through the menu and play games has been sliced again to blend in with the design. It’s size has been lengthened as well and doesn’t have the expected groove. 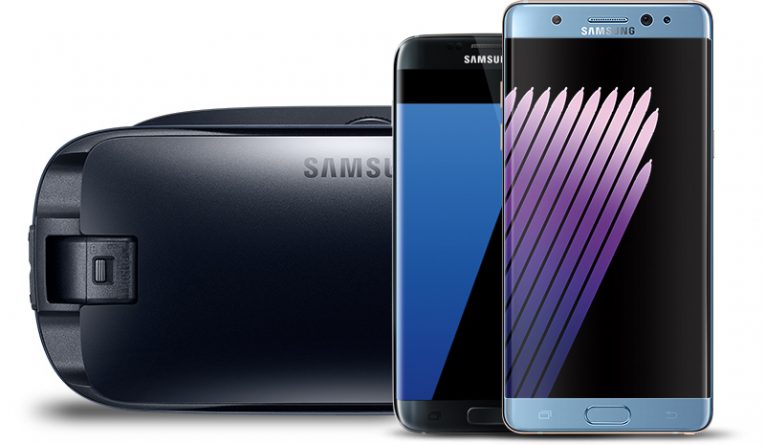 Previously having compatibility with the Samsung Galaxy Note 4, the newer version of it will be easily compatible with the eagerly awaited Galaxy Note 7 using a USB Type C Connector and Note 5 together with all Samsung Galaxy s6’s and s7’s through a micro USB connector that comes with the package. Apart from the fact that the new Samsung Gear VR uses a USB type C Connection, another amazing thing is that it uses a modular connection to the phone, and you know what that means.

At a conference in San Francisco, the newly advanced Gear VR was tried out by UploadVR who had a deep experience with it and reported that the wide field of view combined with the dark shade made the effort and the experience worthwhile. The great power and effectiveness of this new mobile headset can, to a certain limit, be attributed to the efficiency, accuracy and the technological advancement of new Galaxy Note 7 which enhanced the overall experience.

Here is concise troubleshooting guide with all solutions to keep your Samsung Gear VR running well.

Samsung Galaxy Note 7, which is 5.8 inch long, comes with an amazing quad – HD AMOLED screen that gives a huge deal of impact on the new Gear VR. It also drags along a Qualcomm snapdragon 820 quad core processor, 64 GB worth of memory and a long lasting battery that carries 3500 mAh. It will also run Android Marshmallow outside the box.

Vulkan API is what openly seems to make the virtual reality headset a working wonder and bring more attention. It has helped the hardware give off all the power of graphics it can no matter the limit it may possess and this makes operation elevated.

At a general glance, Galaxy Note 7 and Gear VR will be the prefect fit for anyone who wants better experience and a much wider field of view among other great features. Be sure to keep your eyes peeled for your set soon after they launch on 19th August.