How To Setup TPCAST WiFi Adapter For Oculus Rift

The front-runner in wireless virtual reality (VR) technology, TPCast unveiled a wireless VR adapter for the Oculus Rift, which is basically a device that affixes to the top of the VR headset, eliminating the need for any sort of cables. This provides users the opportunity to experience VR untethered, as long as you’re able. Despite its complex impression, VRFocus highlights just how straightforward it is to set-up the Wireless Adapter for Oculus Rift. 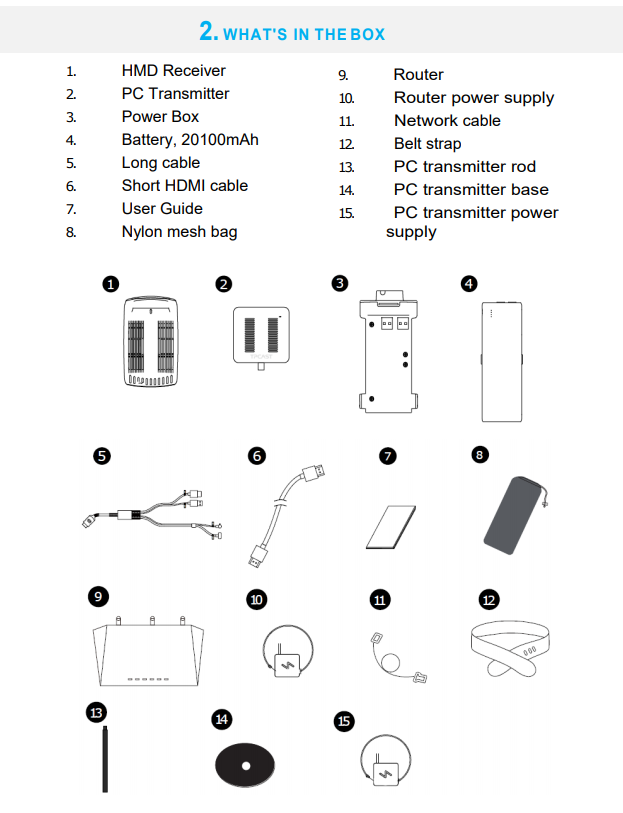 Provided all the items are intact, the next phase should be to install on your computer the software for the Oculus Rift by TPCast then restarting it.

Subsequently, what follows is setting up the PC Transmitter. This can be done by attaching your PC’s transmitter rod and the base together using the screws provided then fastening the PC’s transmitter to the supporting rod and facing it to the gaming zone.

Into the DCIN interface, link the transmitter power adapter DC plug, then insert into both the PC transmitters HDMI port and the PC’s HDMI port one side of the HDMI cable each. If done appropriately the ensuing step is linking the Rift.

To do this, first you need to take out the foam bracket, then plug the HMD strap via the back of the helmets receiver and out through the front subsequently passing it through the helmets wire hole to secure it firmly.

Finally, the long cable connectors displaying the Oculus logo should be inserted into the interface of the Rift with the a1 and a2 links going into the parallel interfaces. Reattach the foam bracket once done.

Once the PC transmitter is set and Oculus Rift connected, the next priority should be firing up the power box. To the HDMI ports of the power box and the power supply, insert the plugs labelled B1 and B2 and plug the battery to the box. Once it powers up, place the battery and power box in the compact pack and affix to the strap.

If the network connection is by means of the Ethernet slot, dislodge the cable it and reconnect it to the routers WAN port.

Consequently, select “local connection” in the network connection settings of your windows system, as this will enable it link to the router.

To automatically acquire the DNS server and IP addresses, modify the connection of the TCP/IP settings. Upon running a wireless adapter connection assistant and registering a positive connection, start the Oculus home software and revel in untethered WiFi.

VRFocus created the video as well to make the process easier.