Samsung Gear VR got its clone

Worldwide developers are still waiting to purchase Samsung’s Gear VR headset in their countries after this devices was released on December 8th in the US. Some of them have already prepared their VR content but since they can’t buy the headset they are not able to test them before releasing. 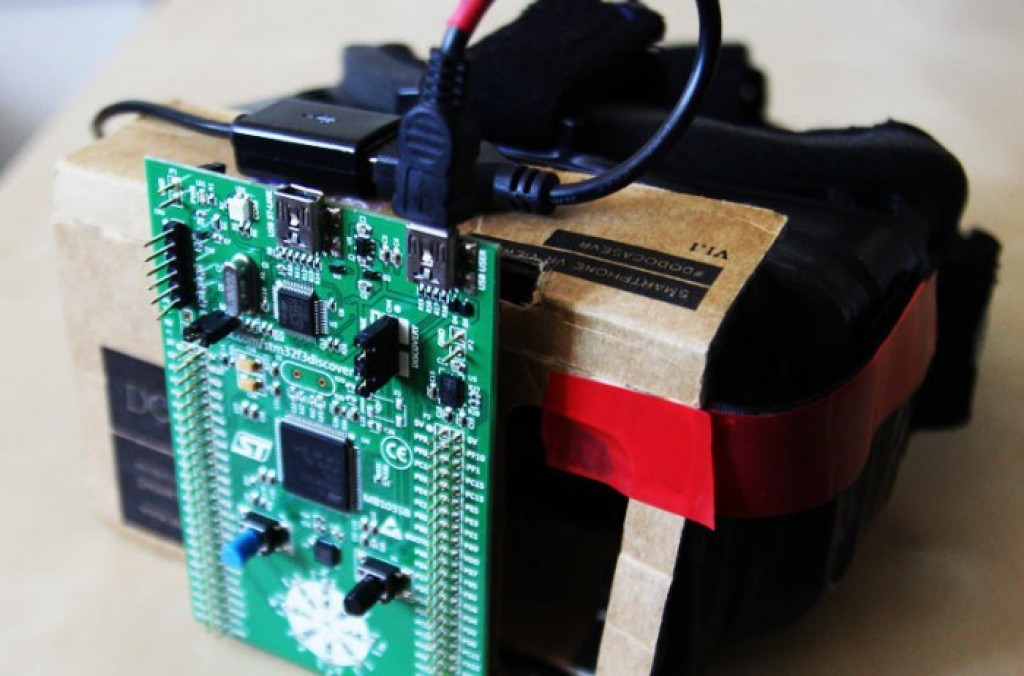 But now, there is a pretty clever solution. Mark Schramm, a developer from Australia, came up with an idea to plug a controller box of Oculus Rift DK1 into the Galaxy Note 4, smartphone meant to be used with Gear VR headset.

This developer, who is also co-creator of VR Bits wanted to test new Gear VR demos of his company. He was tired of waiting when will be announced an international release date of this device, so he decided to take a small experiment. He removed the controller box from his extra DK1 headset and then connected it to the Note 4. At his surprise, the smartphone recognized the DK1 headtracking sensor properly.

The next step Schramm took was the ordering of a developer board that was overlaid in sensors flashing firmware on it. This was possible by using Github code that received information from the Oculus DK1 open-sourcing. This board was placed in Google Cardboard as well as the Note 4. This device is called Gear VR clone and Schramm used it to check VR applications.

This developer took the video of this process and posted it on an Open-Gear.com website. The result was – several more developers in the world have made their own Gear VR clones. There is also a video about comparison of the official Gear VR and its clone. In the video Schramm and some other VR fans are testing the tracking abilities of those devices.

This project sounds amusing and can help developers in testing their apps before actual Gear VR is on market. Note that this handmade device is not ready to compete with Samsung’s Gear. The reason is that Open Gear is taking the data learned from the Oculus developers.

Another disadvantage is that the tracker has notably lower update frequency, so it can’t be compared to the smoothness of the Gear VR. Yet, it is good enough for testing apps. The clone does not own a touchpad. To overcome this it is possible to use any Bluetooth controller with the phone. For example connect a bluetooth mouse to the smartphone and use left button for tapping. The right mouse button is used as a back key. For swiping just drag the mouse. If you want to open configuration menu, simply long press the right mouse button.

If you want to make your own Clone of Gear VR in order to test applications you need to follow few simple steps that are mentioned before but additionally you also have to modify your App.

If you want to run Gear VR apps outside of Oculus Home you have to do two things:

1. Get a valid Oculus Signature file.

This way you will be able to launch your app via the Android Homescreen/Appdrawer.