How to get start with Oculus Rift DK2/CV1 (Updated)

So, after months of working your butt off to save money and praying to the high heavens you can place an order, you finally got a piece of the big-time name in virtual reality: the Oculus Rift.

Well, if you’re done ogling at it after the unpacking process that took you a good 10 minutes because you were EXTREMELY careful, then you setting it up is the next course of action. And don’t worry; the set up process is a lot easier than you might think. But just in case you really, really want to be sure that you don’t mess up anything, here’s a quick 3-step guide on how to do it, with each step going into detail:

And that’s it. You’re ready to go. Not that hard, eh? However, just in case you focused all your time and attention to buying an Oculus Rift as soon as possible, make sure that your PC really is capable of running with the Oculus Rift. It’s a high-powered piece of technology that requires the most high-end PC rigs. Going for the Oculus Rift’s minimum requirements isn’t even recommended if you really want to experience virtual reality in its full glory. Check out these packages if you somehow forgot to upgrade your PC first.

If you just bought your Oculus Rift Development Kit 2 it’s important to know how to start with VR experience. 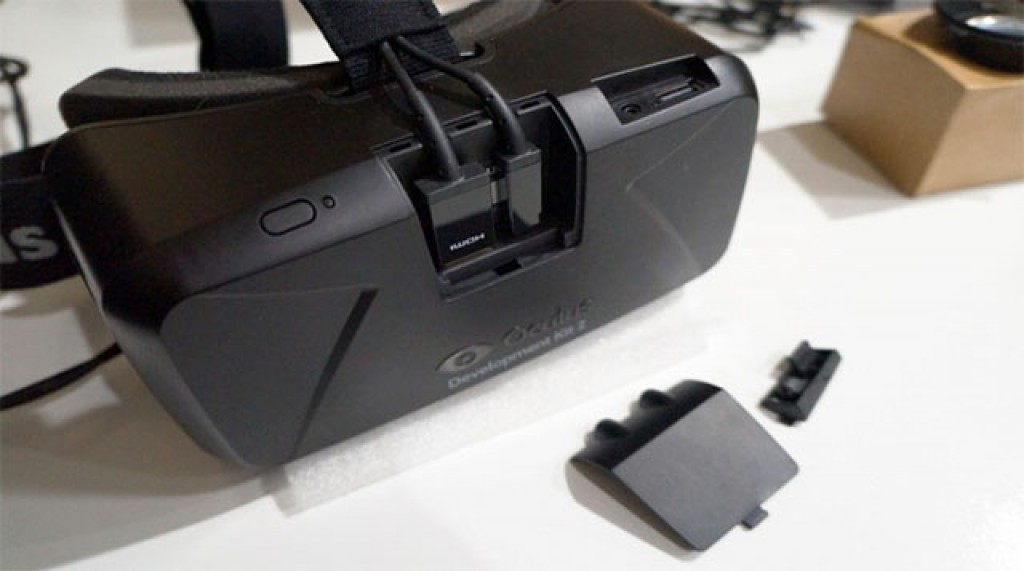 Every user should first make account on developer.oculus.com for free so he/she could enter to Oculus downloads section, the forums, and Oculus Share. In the package you will find headset with separable cable, lenses including (A) set, and (B) set, Positional Tracker or camera with USB and Sync cable, DVI to HDMI adapter, and Power Adapter that has US, UK, AU and EU options. There is also a cloth.

In order to start successfully you should follow next steps….or just watch the video instructions at the bottom:

This step demands you to install Runtime and then run OculusVR Windows Installer. After that lately installed shortcut “Oculus Service” should be run. Further, right click on Oculus Manager, which could be found on the system tray, and pick “Oculus Configuration Utility”. Here you can adjust Match eye relief or add your profile details.

To make sure that you are located well select “Show Demo Scene”.

Remove the shutter that is placed on the front of the device in order to check if the wire is safely placed into the matching apertures. The door at the front side of the headset should be replaced.

It’s important not to put labels or similar objects on the front of the device. This could block the LEDs and disturb performance.

When you unfold the cable linked to the headset you will notice that there is an HDMI connector and a USB connector at the end. You should insert them both into the computer. It might happen that computer does not have an HDMI interface. In that case computer should have a DVI interface so user should use DVI to HDMI adapter to link the HDMI and the DVI port.

First user should connect the sync and USB cables with tracker that will be used. One end of the sync wire should be placed in the right top connector on the positional tracker making sure that tracker is facing you. The other end of this cable should be plugged in the cable connector box attached to the headset cable.

5. Connecting Positional Tracker with the Tripod or Monitor

In order to use positional tracker to follow the location of the headset in 3D space, tracker should be placed to a tripod or the top of the monitor. It can be also placed on your desk. Positional tracker lens has to be pointed to you. This device also have to be steady, because moving the positional tracker can cause displaying shaking image even if you are not moving.

The USB accessory port on the headset can be powered by power adapter. In order to do that first plug the barrel connector at the power wire in the cable connector box.

Suitable country plug should be used to connect the power adapter to a source of power.

7. Turning on the Headset
The headset is turned on by default and the screen should also be on. If the headset is not on, you should check all cables whether are regularly connected. You will now that the headset is powered on and doesn’t have a video signal if the LED on the device glowing orange. When the LED turn blue the headset is obtaining video signal.

The head straps should be adjusted so that the device fits pleasantly.

The headset may be used while you wear glasses but you should be use lens set A, and adjust them by the side screws. Bifocals should not be used alongside the headset. Lenses and screen should be protected of scratching, and kept clean.

10. Adjusting headset
The screws on both side of the headset are used to fix the distance between your eyes and the lenses so it would be comfortable to wear. Both sides should be adjusted equally.

11. Start with the experience
Experience will begin after you launch an application. You also can manage to share.oculus.com to search for VR content.