VR technology is making greater leaps with the new wave of virtual reality headsets. One of them is Vive Focus Standalone VR headset revealed by HTC. It was done recently during the Vive Developers Conference held in Beijing, China. Although it’s steered towards the Chinese market, the West should anticipate its fair share hopefully by the end of the year. The variant version targeting the west will draw its basis from the Google’s daydream platform.

The six-degrees-of-freedom VR Headset is the perfect and timely device for users who have been having an extremely difficult experience using the previous version. The meticulously and perfectly designed device has up-to-date technological features to surge its efficiency up a notch.

Also, the all-in-one headset operates on a Qualcomm Snapdragon 835 chip is well-designed with an inside-out positional tracking. In fact, it’s monumental since it operates independently without a phone or any other device. While, it’s the first of its kind to be wheeled out by HTC, the company still hasn’t made it clear when it will see the light of day in the west. The prices as well as some detailed features like field of view, resolution and battery life haven’t been revealed yet. However, these are some of the tentative features from the rolled-out information regarding the new standalone VR headset set to give the market a terrific hard-hit.

Although some of its features are similar to the previous headset, a few tweaks by the designer foist originality into the headset. Its simplistic three-degrees-of-freedom controller is designed with a similar track pad to the larger Vive devices. Moreover, its design is a blend of both the HTC’s Vive Deluxe Audio Strap as well as PlayStation VR spiced up with its unusual yet irresistibly appealing bright blue shade. It hasn’t shed off a lot about its specs, retaining its usual screen resolution.

Its rotational head strap combined with new cushion goes a great length in offering high-level comfort to the esteemed users. The bottom main body comprises a headphone jack and volume buttons to toggle through. Over to the top right side features, the micro-USB socket is perfectly placed to facilitate the recharging process. The built-in stereo pictures handily amplify its sound so the users can independently listen to their favorite music. 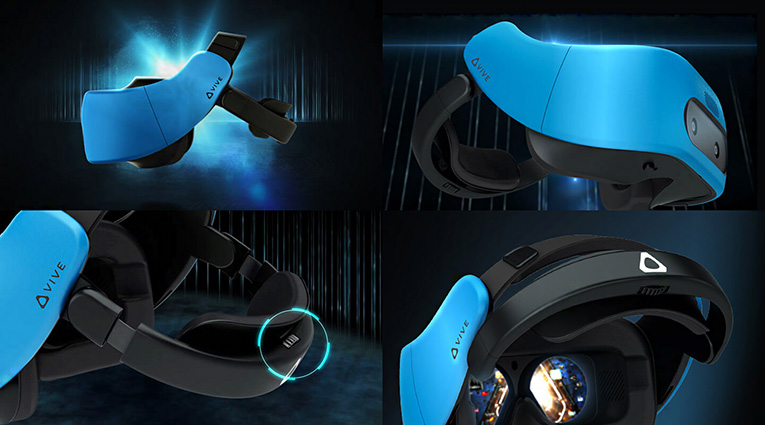 Compared to the previous headset, the Vive Focus Standalone VR headset’s lightweight offers very much in the way of portability and therefore, convenient. Users can actually have an easier time moving the headset from one place to another without losing huge tons of energy.

Regarding the resolution, the headset is expected to outmaneuver its higher-end initial model, with sophisticated and eye-pleasing features of the best quality. Users can have a close-to-reality feel of the virtual games and demos they engage as it’s certainly designed to make things finer. Though, it might not be an all-perfect device,the developers have certainly displayed their titillating skills eager to tap into the imaginary bliss of the improved headset. In fact, the good news is that since technology is ever-changing, this is just but the start and therefore, the level-ground of some great VR headsets in the near future.