While Search Engine Company Google has been having a virtual reality headset on the market for a number of years, basically it is a piece of cardboard. However, the company has now unveiled a new headset known as DayDream View. This is more than a mere piece of card. Rather, it is almost similar to Gear VR headset by Samsung. A difference is that instead of being made of plastic, it is made using a fabric that appears more like sportswear.

This $79 Headset is quite different from other headsets found on the market due to its fabric interior. Its design is meant to be more user-friendly and comfortable. However, it is not clear whether the fabric aesthetic is an endorsement for the headset reference design. This is considering the fact that the Daydream headset by Xiaomi is just as design-oriented and soft. The difference between the DayDream View VR Headset and Samsung’s Gear VR is notable. Samsung’s headset requires the user to slot it into the phone using the phone’s data port. Google has opted to keep its headset as simple as possible with no use of any embedded controls or sensors. It connects to the phone wirelessly.

The DayDream View VR Headset is equipped with a small remote control that works in a manner similar to the Nintendo Wii’s remote sticks. It is capable of tracking motion control, and can be used for gameplay and navigation. There are sensors in the remote that respond to the way the user moves. According to Google, it is precise to the extent that someone can write using it.

Google’s Pixel and Pixel XL will be compatible smartphones

The company says that the Daydream View is lighter by 30% when compared to similar handsets. Of course, for it to work, a Smartphone will still be needed. There is no doubt that the user will pair it with one of Google’s two new Pixel phones. There will be a quite a number of apps that are compatible with the DayDream View VR Headset as well. The first time that the Google announced the platform was back in May at its I/O developer conference. 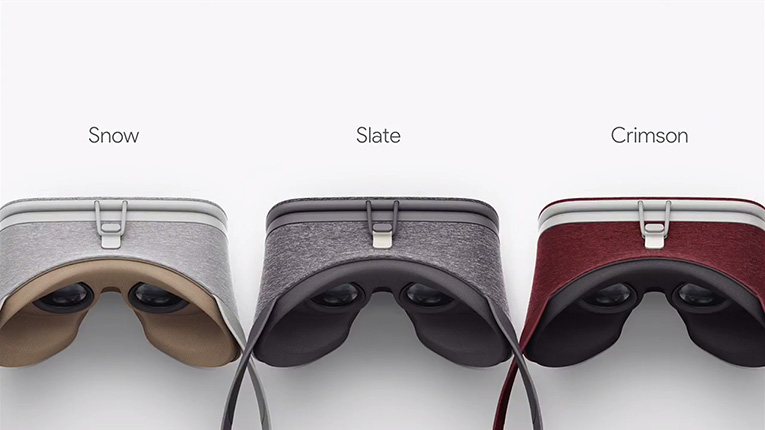 The platform is optimized to operate on several Android Smartphones, including those from companies such as Huawei, HTC and Samsung. All in all, Google has pointed out that the first devices to be optimized will be its new Pixel phones. The headset will be available in three colors: snow, crimson and slate, and will be launched in November.