Text input in VR is a complex issue. Google has recently announced a potential solution to this problem with their new Daydream Keyboard.

With Google’s new VR platform, Daydream, it is becoming clear that VR is a major selling point of Google’s new phone, the Google Pixel. The system works by placing your phone within a headset with lenses inside, and using your phone to provide all the expensive electronics normally associated with a VR headset.

However, as always, text input in VR is a complex issue. Google has recently announced a potential solution to this problem with their new Daydream Keyboard. The new Daydream keyboard functions very much like Google’s current android keyboard, and looks very similar. However, unlike the Android keyboard, this keyboard takes advantage of three dimensions to create a wrap-around experience, giving easier access to number keys and common functions. This Keyboard will only function in VR applications within the Daydream headset, and further, will only function on Daydream ready phones. 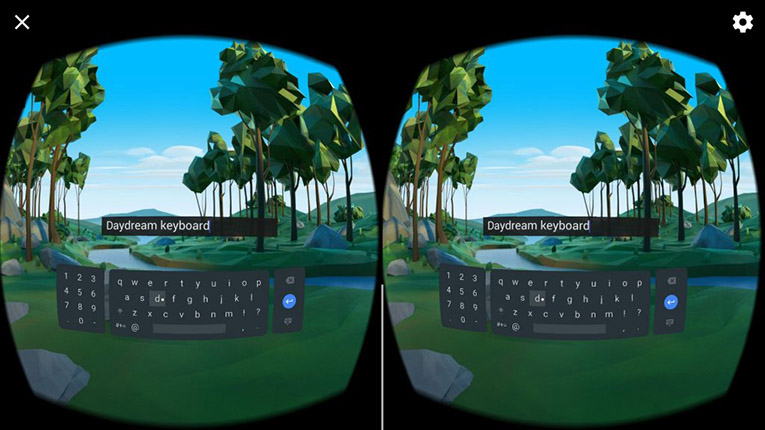 How to install Daydream Keyboard

To install this keyboard, first make sure your phone is Daydream compatible. Then go to the Google play store page for the Daydream Keyboard ( https://play.google.com/store/apps/details?id=com.google.android.vr.inputmethod ) and press install. Wait for it to install, then press the icon that appears on your home page. It will walk you through setting it up- make sure to enable it in settings! Once it is enabled, insert your phone into your Daydream headset, and it will automatically appear when needed. This keyboard cannot be used with higher end VR setups like the HTC Vive or Oculus Rift- however those systems already have their own built in keyboards.

This new development makes it clear Google is very invested in the VR ecosystem- we will have to wait and see what they release next to see how Daydream develops- and if it ever becomes a practical alternative to the more expensive Vive.

Related Articles
We will be happy to hear your thoughts