Have you watched the ‘Ready player one’ premiere? If not you are missing a great deal of fun. Everyone is talking about it. It’s actually one of the best pieces of art of 2018. The theaters are overflowing with funs. The ‘Ready One Player’ movie has introduced a new aspect of fun with virtual reality. Everyone is trying to be the Wade Watts of our time discover the hidden treasure and be a hero. How are they doing this? By purchasing a pair of VR headsets to experience a taste of virtual reality. It is a whole lot of fun.

The VR headsets give you an experience of a lifetime. With Wade Watts’s role the VR headsets are the most trending news on social media, tabloids and all the entertainment places. This in return makes the VR headset sales explode. Despite their existence since the launch of the Oculus Rift VR headset in March 2016 VR headsets have never been this popular. Actually if you are not a video gamer then you might never have seen or heard of them.

What then are these VR headsets? They are head mounted headsets that provide virtual reality to the wearer. Interesting, right? They provide a stereoscopic display, heads movement tracker and stereo sound. This headsets give you a perfect gaming experience. We all want to find the hidden egg like Wade Watts and so we are going Virtual Reality headsets. They can also be used for our smart phones and all thanks to Samsung and HTC for introducing them to our mobile phone stores. If you don’t own a computer your smartphone got you covered. They give you that mind blowing virtual experience wherever in the world of course if you are connected to the internet.

Months before the premier of the movie and after the first VR headset in 2016 we have seen a tremendous growth in the technology. We have seen the birth of the HTC Vive, PlayStation VR, then Samsung brought up the Samsung Gear VR and Google was not left behind and it gave us the Google daydream view to keep us dreaming. Competition saw HTC improve the HTC vive to HTC pro. All this improvement did not buzz on VR headset sales as the price kept scaring away potential buyer. 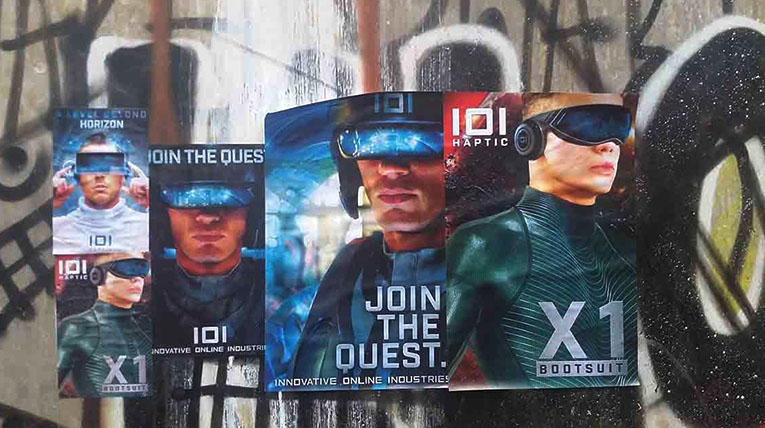 After the premier of the ‘Ready Player One’ movie VR headsets have become such a popular thing and everyone wants a taste of some virtual reality. We seem not to mind sliding back to the real reality after a moment of fun.

Surprisingly enough, the once very expensive VR headsets are not considered expensive anymore. In the quest of experiencing some virtual reality in our own type of Oasis and probably saving the world like Wade Watts everyone seems to believe that you only get what you pay for. Well, every fun is willing to go all the way and get a pair, even if it means queuing for 12 hours at the outlet stores.

Samsung and HTC admit that the ‘Ready Player One movie‘ was a positive influence to business as VR headsets sales are booming. As the leading manufactures alongside Oculus Rift of the VR headsets they expect this trend to continue since the movie seems to get more attention by the minute. It is very evident with the large crowds at all their outlets looking for nothing more but the VR headsets.

Leading manufacturers of VR headsets are considering to increase the number of their stuff to serve the increasing number of clients. They also admit that they are really working hard with the production process since the sales are so major and they don’t want to create a gap. They promise clients to deliver even with the extreme demand.

Just like any other booming sale the reviews pull more buyers. The VR headsets are getting so many reviews in a minute. Most people admit that the VR headsets made them feel like they were sitting in a spaceship and probably cruising over the planets. The smartphone users are not left out claiming that the experience is therapeutic and makes you forget all your troubles for some time. With all this positive reviews am considering getting my Oculus Rift tomorrow and so should you.

Its booming business for VR headsets brands. Obviously Oculus Rift, HTC, Google and Samsung are smiling all the way to the bank all thanks to the ‘Ready player one’ premier.