Is there any better gift than Google Cardboard that has ability to transform any Android 4.1 smartphone into a virtual reality device for just a $10. The problem is that supplies of Android apps for this kit are narrow and people could soon get enough of it. 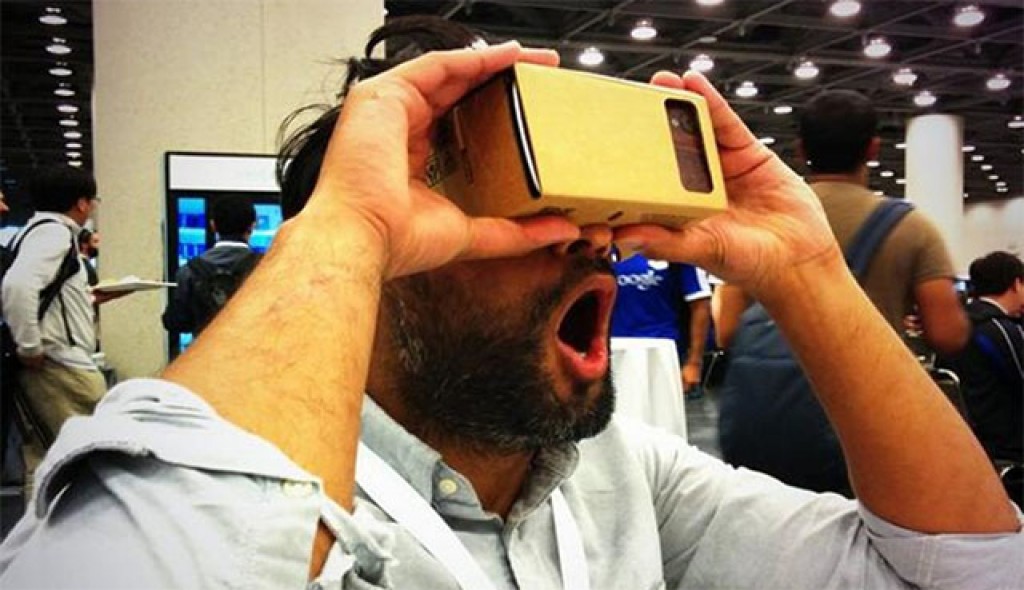 Snow Shaker Maker is a game that could bring a lot of fun for the children in the Christmas time. Used in pair with Google Cardboard, Android smartphone becomes snow shaker. During Advent it’s possible to add a new figure every day. The game can be downloaded for free from Google Play. If you want to take part in a charity project, Brilliant Basics offers the cardboard kits on its website for £12. A part of that amount – £5 will be sent to the Kid’s Co Charity.

Orbulus is VR app that will take you to the so many amazing places you can imagine. Some of them are Paris at night, Chinatown in San Francisco or the Sydney Opera House. You can even explore the inside of a washing machine. This app delivers brilliant graphics, but it also takes 216MB of your smartphone memory.

Rollercoaster is a game for those who like speedy ride with a lot of twisting, going up and down while rushing past city buildings and skyscrapers. This game provides a very realistic simulation that allows you to look at any side you want.

Hang Gliding is made by same developer that designed Rollercoaster and offers similar experience of speeding. In this game you will be faced to mountain that advances toward you in very high speed which could be really scary.

Dive Deep, with this app you will get deep in the ocean without a wetsuit and mask. There you can swim alongside fish, sharks and whales and enjoy this environment. This app doesn’t offer very good graphics but brings a good idea.

VR-Jurassic Land is a good way to meet the dinosaurs especially for kids. The app will get you into Jeep that is similar to the one in the Jurassic Park and take off to the adventure. There you will see Giganotosaurus that actually is like a big teddy bear. Then you will see some more dinosaurs like T-Rex, Apatosaurus, Euoplocephalus and Triceratops. JurrasicLand comes as a free trial version or full app for £1.86.

Cartoon Village VR leads you to 3D cartoon ambience with lot of colors where you can wander through scenes and check every corner and crack. You are also able to change time of the day or even the season. There is also possibility to shift the camera mode and walking speed. There is no action in this app but you can enjoy the graphics, especially the butterflies, insects and leaves. 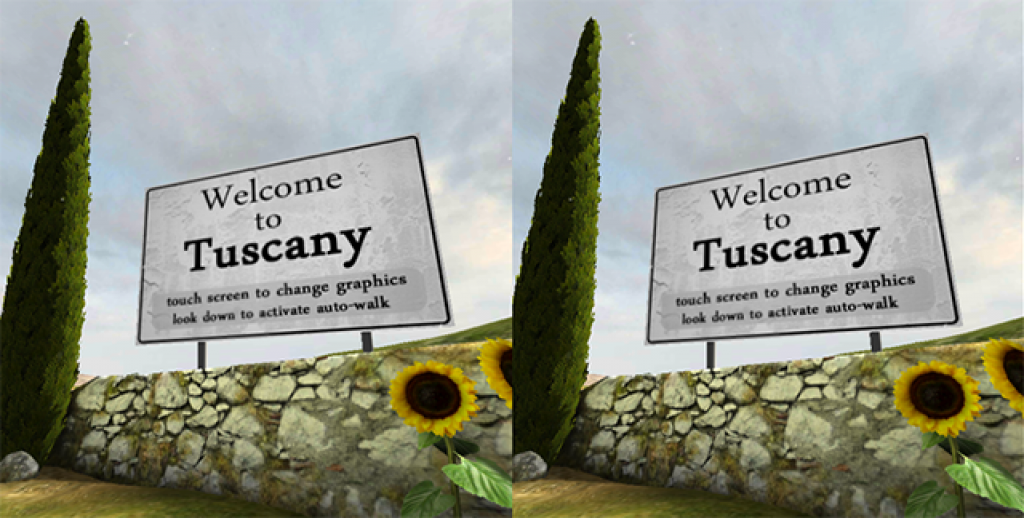 Tuscany Dive is made by Oculus Rift to provide experience of visiting Tuscany. You can enjoy this app just if you have powerful smartphone. The app demands touching the screen to start or change the graphics.

VR Dance Club is funny app with a lot of skeletons dancing to not so good music. The app would be better, if we could play our own sounds.

VR-GunDefense is one among few cardboard games that doesn’t need a keyboard or joystick. The game is about shooting zombies but it’s a bit strange because you have to hold your head at certain angle to shoot them. Player holds its gun in the right hand instead of shown as crosshairs on the screen.

VR Cinema for Cardboard lets you enjoy any video downloaded on your phone by watching it on a cinematic screen.

If you visit g.co/chromever via Chrome browser on smartphone you may take a virtual helicopter ride over the Great Barrier Reef or meet Russian bears.