A few years ago, the capability of VR’s staying power was questionable. But with developers trying to launch new and better VR games, the tech just keeps getting better and better. More and more titles are now starting to blow the minds of every gamer across the world. From the sophisticated poker online to the more hardcore RPG games, VR is definitely alive and kicking.

As this gaming technology continues to pick up speed, people should expect new titles to surface. For now, here are some hot VR games out now. You definitely need to give them a try!

If you are looking for one of the best Oculus Rift exclusives, then Robo Recall is an easy choice. It is even perhaps the most polished experiences for VR-addicts. From the makers of the hit Borderlands, Robo Recall is an amazing VR experience. With a futuristic world as a setting, this game plays around the idea of battling AI (artificial intelligence) forces. Your task is to, well, “recall” each and every malfunctioning robot with the help of upgradable arsenal. From having the ability to teleport to a new location and slow time to using out of this world weapons, this game takes the entire VR experience to a whole new level.

Yes, that is right – your favorite online poker game is now VR-ready. Texas Holdem Poker lets you experience the true poker excitement as you battle the greatest players the world has ever known. From fascinating avatars to top-notch facial expressions, this game is going get your aggression out. It is as if you are in an actual casino playing with real-time players. If the idea of playing this game already excites you, how much more when you are actually playing it.

This is not your typical “good guy vs. bad guys” game, as its premise revolves around you being the bad guy. Unlike any other space dogfighting title out there, House of the Dying Sun gets away with a more focused end game content designed to pleasure the very desire of your soul. This is not to mention the fact that you play as the imperial killer, hunting down opponents and constructing different space combat encounters. If you have been dying for a VR game that is space simulation and combat-focused, then this one here is immediately a great steal. Just do not expect a lengthy story campaign, though. Sure, it is a great VR game, but it is nothing close to an epic-ish title.

Another online poker VR game is none other than Casino VR Poker, an online multiplayer casino that hosts live Texas hold’em. But unlike the before mentioned, this one has caught the market with its free-roll tournaments with tons to virtual-prizes to match. For instance, the winner of the game can go home with $5 million in-game chips. As for the remaining top 3 players in the tournament, they will earn the Oculus Rift and Touch bundles. 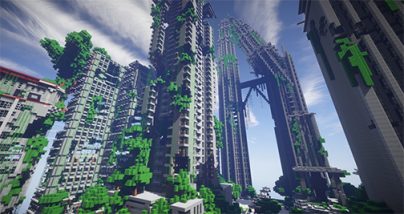 One of the most popular titles on the market, Minecraft continues to wows it players with endless developments. Now, among its added features is the opportunity to experience the game on VR. This only shows how creative Mojang’s developers are. More importantly, there are several ways to get immersive here. For starters, you can play the game by modding it, so it can perfectly run with the Vive. But if you want to up the ante, then go for the game’s VR edition for Rift (Oculus Store).

Lucky Night: Texas Hold’em VR is proof that this technology has really transformed online casinos into an immersive, interactive experience. Also a multiplayer poker online game, Lucky Night allows players from both Oculus Rift and HTC Vive to play Texas hold’em game in a virtual room together. Think of it as a cross-platform online poker VR game. Players will even love the newly-added quality of life improvements, like the motion controllers for interacting with chips and cards. They can also send different emojis to others, so they can express their anger, surprise, happiness, and disappointment. Above all, it comes with a customizable avatar which players can edit according to their own preference.

Thumper on a regular screen is similar to Thumper on VR. However, the latter is more intense yet stressful. It is not the kind of game that you can just expect to move from one level to another. You actually have to experience the tenacity of each level, so you can be really immersive. While you may spend most of the time looking forward ahead, your adrenaline rushes out once a massive boss surfaces in front of you. This is not a game for the faint of heart. If you are into music games and are in search for something refreshing, then Thumper VR is a must-experience title. Just keep in mind that it is a bit stressful and difficult, though all of these are part of a quality experience.

It cannot be denied that VR is indeed the current frontier in gaming. It gives a total immersion and superbly different experiences to what players have been used to. As the technology continues to evolve, so will its story-telling abilities which are already showing potential in some VR games today. It is definitely interesting to see what kind of gaming experience it has in store in the next years to come.