HTC Vive users were once again rewarded with yet another game to play, this time Pool Nation VR.

This year, we saw such a huge improvement in the virtual reality industry, with so many new headsets and so many corresponding applications. Being implemented in so many different fields, one particular industry has seen quite the boost. GAMING!

In the last two weeks the tech-net has fuzzed on and on for the first ever virtual reality pool version of one of the most popular games.

People, not only tech-lovers, enjoyed the new and vivid 3D, almost live pool VR version that hit the community not long ago, and the overwhelming support and satisfaction was hard not to notice. Numerous comments exploded the web all talking the same thing, that this might be the biggest game released on VR by far. 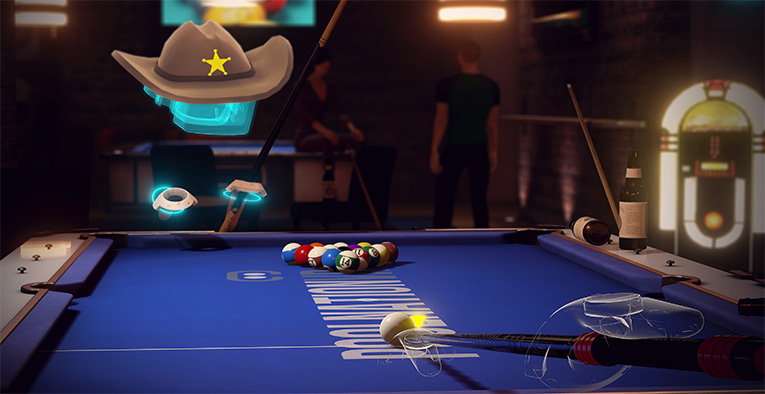 HTC Vive users were once again rewarded with yet another game to play, this time Pool Nation VR. The multiplayer or single player game modes can be played, in an environment to close to a real pool pub in the city you live. With great interior designed, the details are greatly portrayed, you are left with countless of hours of VR pool every day.

Why is Pool Nation VR so special?

The game gives you quite a lot thing to choose from. Players are able to pick up things such as drinks, darts, chairs and almost all the thing in the surrounding. Also, you are given the chance to move freely or chose a destination to teleport to with ease. There are few tricks, if we can call them that, so you can go faster to the edges of the tables and have a better view of the whole you aim, the same way as you teleport. If you are already an pro pool player you might even be able to try some trick such as spinning the ball with a little bit of practice, of course. 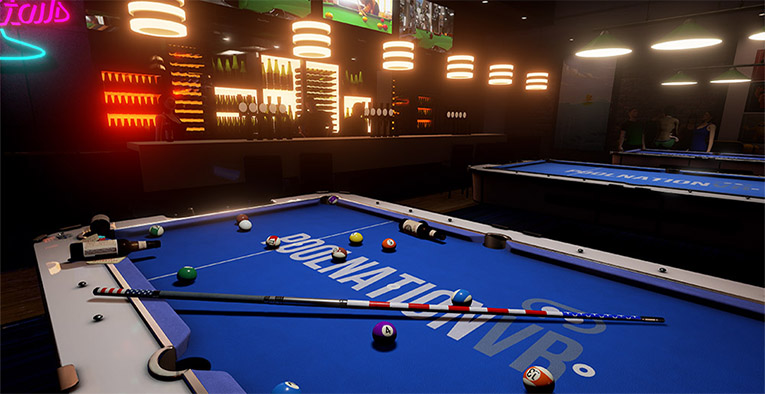 Even if you are not that good of a played, you can always drink few virtual beers and have some fun of trying you best until you get better. Even if you end up spilling drinks and making a meson the table, the game is clever enough to give you the clear table options, so you can have a fresh go at another game.

Pool Nation VR is one of the best VR videogames

Overall the game fluidity is close to perfect. The movements are free and easy; you can almost feel like you are actually playing a real life game of pool. The detailed surrounding helps a lot and give much smoother feeling and though maybe few tweaks won’t hurt the game, the current state is more than good.

So if you love to play pool, but you don’t like go out that often this is the solution you have been waiting for! Have fun with Pool Nation VR!