The Perfect Sniper releasing this month for PC VR, PSVR version will follow

The industry of VR games has been on a steady rise over the last few years because of their intense entertainment value. The VR games are able to give you a highly immersive experience in game play and of course a huge amount of digital space we used to only hope for.

In 2018, the story about VR games is no different. There are already a number of games that we are increasingly looking forward to playing. One of those games is “The Perfect Sniper”.

The VR game according to Sinn Studio CEO will be released on January 15th on Oculus Rift, HTC Vive and Windows Mixed reality headsets. And of course in a few weeks later after the release, PSVR version will be released including support for PS Aim controller. Even though the CEO Alex Sinn made no particular mention of the PlayStation VR, the information is available on the Perfect Sniper’s Steam page.

The release of the Perfect Sniper game will mark the second VR game released by the Sinn Studio after the release of their shooter Wraith (2017), a few months ago in October. Unlike their previous game and also another VR game The Nest, it is widely expected that in terms of story and varied gameplay, they will be expanded further.

The Nest VR game based on the book by the same name and also there is an American film by the same, involves you playing as a sniper and aiming to shoot robots that had overrun a city. That you have to achieve by peeping out of the window and also hopefully evade their returning fire. It is from this general concept that the Perfect Sniper is based though it comes with an enhancement to improve the experience of the players.

The Perfect Sniper VR game involves you becoming a deadly vigilante to liberate the city from the Roman family who has taken it over. The organized crime family is at the center of the underground market that involves drugs, weapons and human trafficking. 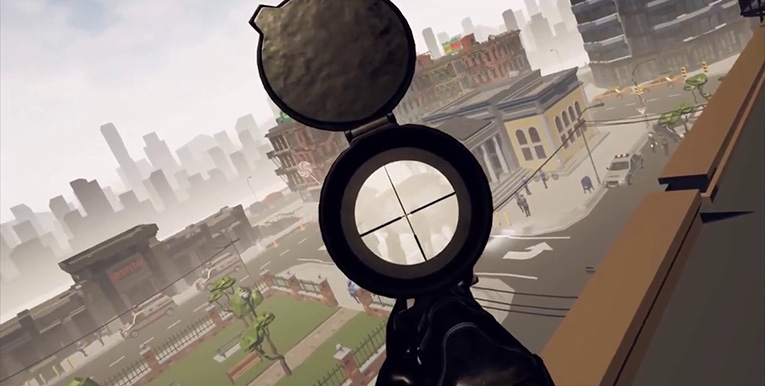 Of course you have to rid the city of the organized crime family because there is no other source of help coming with the police agencies and politicians being corrupt. They won’t do anything. They are part of the problem and you have to find a solution for the city.

You will be able to achieve your mission, preventing minor and major crime, through car chases, tactical target eliminations, and escort missions among others.

For the story mode of the Perfect Sniper, Sinn Studio indicated that it will likely take between 45 minutes to 1 hour and a half. That time will largely depend on the player himself. If you want to snipe for fun then there is the Arcade mode and everyone is happy.

In conclusion, by all indications the upcoming VR tactical shooter game from Sinn Studio, Toronto-based, may just be the perfect VR game we need in 2018. Even as we wait for that, you can share your thoughts with us about what your expectations are about the game through our comment section below.