Amongst over 9,000 games currently available on Steam, the Lab heads the list of top rated games. So far it has gathered a whopping 99% positive review from users on Steam.

Its part of a series of experiments developed by Valve VR and is targeted at entry-level VR users. If you are just starting to use Steam VR with HTC Vive this is where to begin from.

The makers of Half-Life and Portal bring The Lab

The Lab lets players experience any of 8 short VR experiences and is loaded free with the HTC Vive VR platform. Some of the games available are inspired by the Portal and Dota 2. In all 8 games, expect experiences that are creative, exciting and unique. It has even become the starting point of choice for introducing new users to Virtual Reality. This among other reasons likely account for the Lab being so popular and leading the top rated games.

The Lab is nothing like Portal 2.5 and is a mini-game creation set in a pocket universe of Aperture Science. Let’s look at 3 experiences from the game: 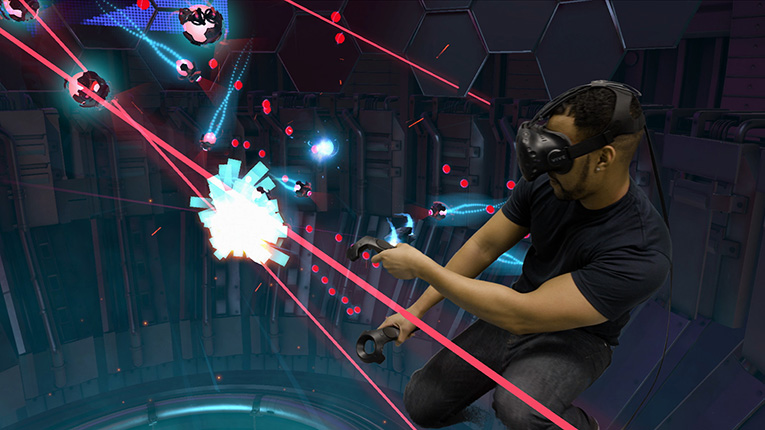 In Xortex, you get to fly a mini spaceship in a 360 degree space where the action takes place all around you. Just pick a spaceship and zoom it around within this highly contained space. What’s so great about this is that unlike majority of other games, you don’t need to move around while playing. Your goal is to shoot at attackers that literally pop out of nowhere and deftly dodge the series of slowly moving laser pulses shot at you. The object is to shoot the enemies that pop out of nowhere, and swiftly dodge their slowly moving laser pulses.

Longbow a Game of Precision 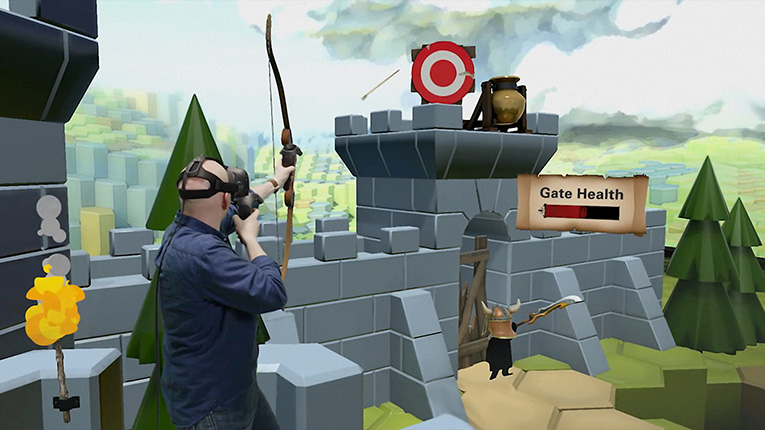 Longbow is a game about archery precision. You get to play the part of a tower guard in a castle and use your archery prowess to defend the castle gates, your primary weapon being a bow and arrow. Basically, you are standing on ramparts shooting at advancing invaders: quite simplistic and basic but engaging all the same. A cool feature of this game is that when you hold the arrow over a flame it will ignite and destroy enemy shields. Another feature is the strategically placed explosive barrels that allow you to use the terrain to your advantage against the enemies as some users may not be able to quickly hit the tiny targets. 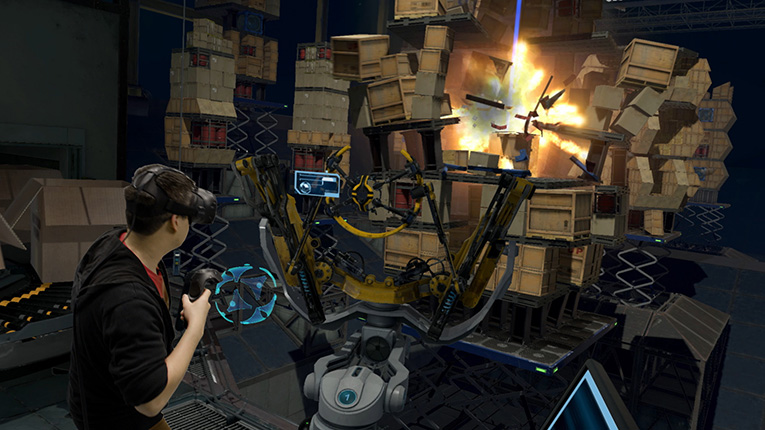 Slingshot is set in the Portal game universe. Comparable to the Angry Birds games, this mini game lets you play the role of a Calibration Trainee. The object is to shoot Personality Cores at piles of debris and explosives using a calibration machine. You need to cause maximum damage firing the cores. You stand on a ledge with a conveyor belt carrying the cores in front of you. You then load the ball in the slingshot, aim and fire. Aim to cause as much destruction as possible with the number of fireable cores available. Each core has a unique personality with voices and dialogue that is truly hilarious.

It’s therefore no wonder The Lab has become so popular in the VR world.