What is Windows Mixed Reality and all you need to know

In the recent years, the conversation about fusing the digital world with the physical world has been on the increase. Computer technology seeks to advance from the experience on our devices to something we can feel and interact with. The main idea is breaking the content from a device into the world of interactivity and perception. It is the technology that seeks a completely new perception of virtual reality. Though devices such as Oculus Rift, HTC Vive and Google Cardboard gave us a feel of virtual reality, nothing could be more mainstream than windows mixed reality.

What makes the difference?

All major VR headsets are already in the market. Evidently, it gave people a sense of virtual reality. However, windows mixed reality comes with a different position from those already present in the market. Much of it is quite similar to what people expect from virtual reality. You get to put on a headset, look at a screen in front of you and your movements are synced so you feel like
you are moving around in the virtual world.

The difference comes in from the mounted cameras at the front. Cameras offer a person with either virtual objects in the real world or real object in the virtual world. The essence is a fusion of Augmented Reality and Virtual Reality. In other words, windows mixed reality or WMR gives you an experience as a participant but not a spectator.

Currently, companies like Acer, HP and Lenovo are making headsets for mixed reality but one of them stands out. Samsung Odyssey is called premium WMR headset. There is still a whole line of devices from partners such as Dell, Lenovo and Asus. All these headsets have a different approach to the MR experience.

Evidently, the WMR headsets are only compatible with current windows 10. However connecting your headset to your PC requires that your PC meets certain credentials. First, you have to choose from two levels of PC that provide different performance levels. There are windows mixed reality PCs that are fortified with integrated graphics. WMR PC drives content at 60 frames in every second. Another PC level is the windows mixed reality ultra PC which has discrete graphics. The ultra PC runs content further with 90 frames in a second. 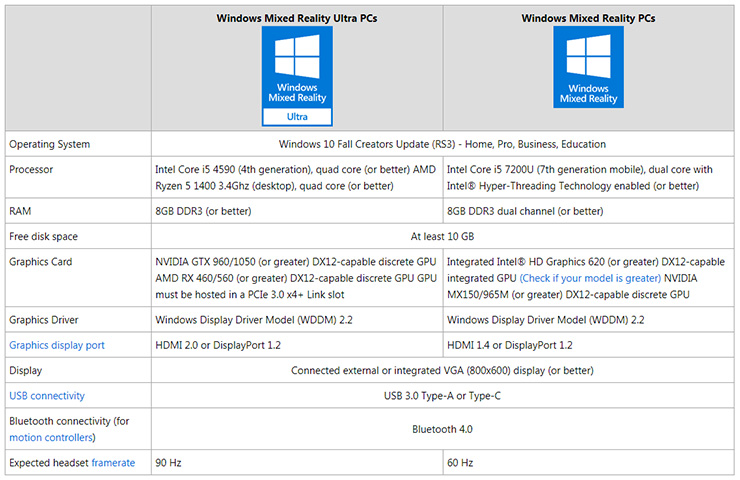 What can it be used for?

Everyone wants to enjoy the experience of MR. The immersive headsets prove to be very promising. However, one must be wondering after picking up a headset and connecting to your PC then what next. Luckily, there is a whole bunch of things that you can enjoy with the new experience. Microsoft has promised a lot of good content from known developers and VR titles like Obduction, Free the night, Dreams of Dali and much more.

It will certainly be a thrilling experience. Among the things you can do is living in a virtual world. The first thing a user will experience is a home base where you can set up a virtual home using an object from the hologram app. Moreover, thanks to apps like Vtime you can even hang out with friends and create an avatar-like life.

The most exciting experience with the MR is you can travel around the globe from the comfort of your house. With an app like Holotour, you can visit places like Rome and interact with the scenery. A 360-degree video and holographic scenery will provide an almost real-life experience.

For the lovers of video games, the experience has never been better like the one on mixed reality. You can also watch 3D movies. The video in 3D is thrilling as you feel like you are standing right there in the middle of the scene. WMR is evidently a revolutionary in the technological world. Existing forms of Virtual reality already proved to be expensive for users, Microsoft therefore provided a simple and more thrilling experience.