Samsung offers a new headset and it will only work on your Windows 10 PC. The Samsung Odyssey is available for purchase at Samsung and Microsoft store at a price of $499, paired with a couple of controllers. This makes the Odyssey the most expensive Windows AR headset yet.

Samsung’s Odyssey is one of the first mixed reality headsets that are built on Microsoft’s reference design. Microsoft is showing a keen interest in the VR territory since it launched Windows 10 Fall Creators Update and has secured devices from well-known hardware providers such as Dell, Asus, HP, and Lenovo. 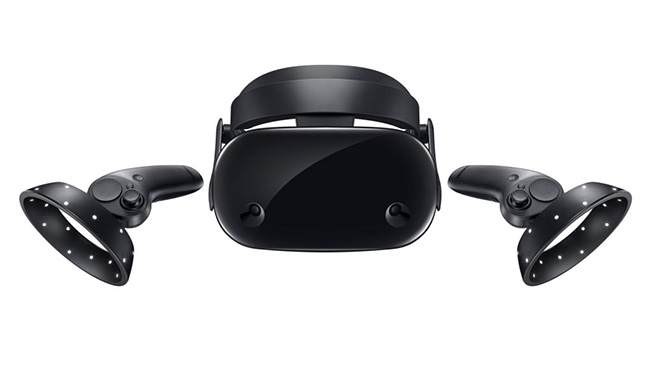 Samsung comes with one of the most intriguing designs and its specs outweigh anything other producers came up with. It has the highest resolution with its two OLED 1440 x 1600 displays that are capable of up to 90Hz. The quality of the display seems less important though if you’re running on integrated graphics which is an option. However, if you’re having any decent graphics to work with, the Odyssey will give you a much better experience than other Windows AR headsets.

The Odyssey is the only one equipped with integrated headphones and a microphone which makes it the most usable Windows VR headsets available. This is rather a matter of convenience as you don’t have to deal with additional cables but it does give the headset a nice touch.

Other unique features include the 110 field of view, which Samsung claims is one of the widest available’ and IPD adjustment which allows you to change the distance between the lenses in order to find that perfect spot you’re most comfortable with. 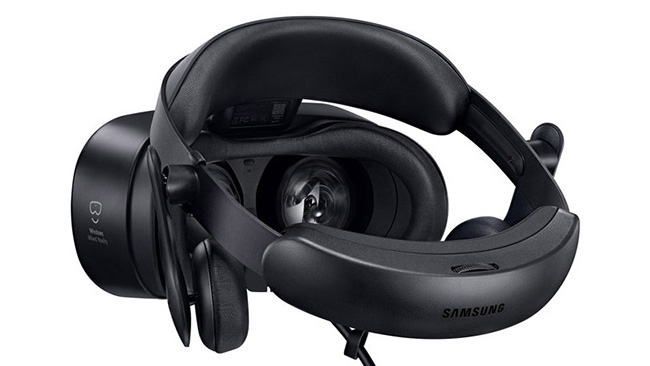 There’s one thing Samsung Odyssey doesn’t have that other Windows VR headsets do: a hinge to flip up the visor. This may not be such a bad thing as you don’t need extra padding on your cheeks when using the device.

Samsung Odyssey has two front-facing cameras which means no additional sensors are necessary for head and controller tracking. But even though Microsoft calls the device “Mixed Reality” there is no augmented reality functionality.

The Odyssey is quite heavy: it has 1.42 pounds and is equipped with a 13.1 feet long cable with USB 3.0 and HDMI connectors. The controls are standard Windows Mixed Reality controllers except they seem more ergonomic. 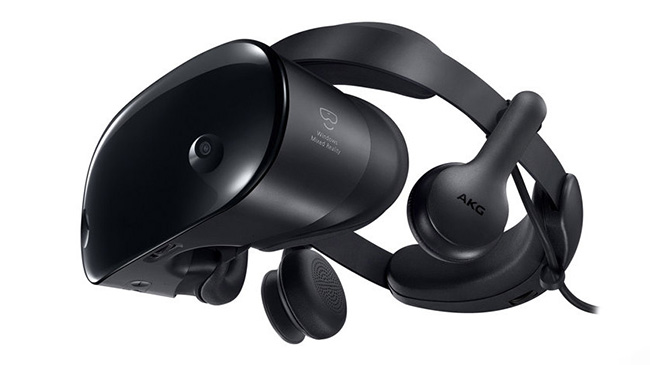 One important detail to consider is that, for the moment, Samsung’s Odyssey and all other Windows VR Headsets, are only able to access VR content from the Windows store and are not able to play any SteamVR content. This only offers a handful of apps to interact with.

If you want to buy a high-quality Windows 10 Headset, Samsung Odyssey is probably the best choice, as it offers better functionality than the competition. This being said, we still don’t have a good enough reason to buy such a device since Windows Store lacks a VR accessible app that’s so good it makes us want to buy it.

Everything You Need to Know Before Buying Star Wars: Jedi Challenges AR Headset