Using only your smartphone and Google Cardboard headset you can enter VR experience. 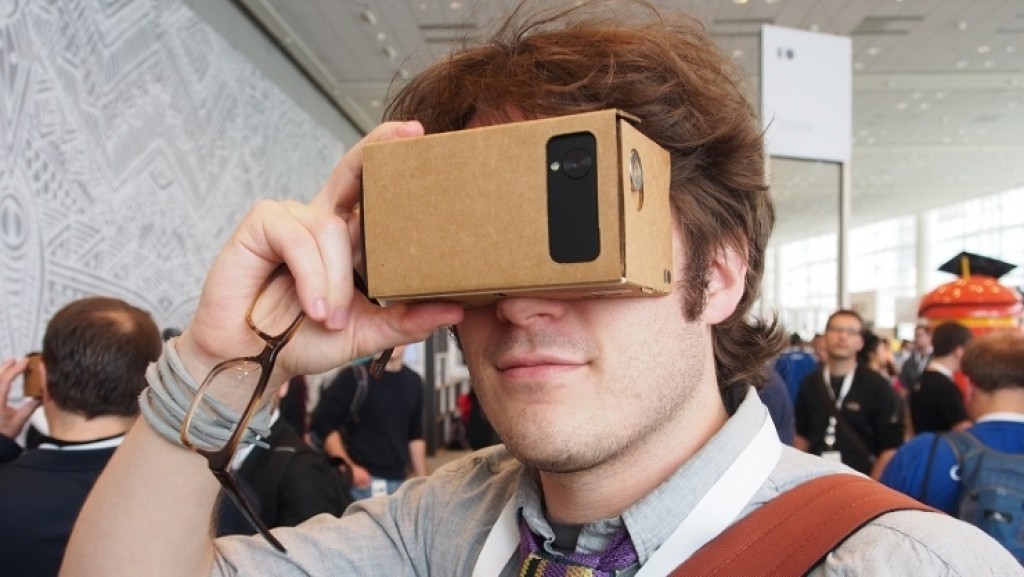 The fact is that Google Cardboard is available for much lower price than its more powerful VR headsets such as Oculus Rift or Gear VR by Samsung. For those who can’t spare some additional money for those gadgets, not to mention latest interactive 3D AR tech HoloLens by Microsoft, Google’s device is best way to enjoy VR. It provides you with overwhelming 3d feeling by its relatively good rendering. You are not limited just to Cardboard, you can also pair your smartphone with kits such as Dodocase, Knox Labs or I Am Cardboard.

Some people that were lucky enough to try on a lot of early VR technologies think that Google Cardboard can give you an experience that can be compared to one Oculus provides. Bad thing is that there is not much to do with this device since there is no much content for it. A dozen apps that are created for Cardboard are mostly test content or demos. Luckily that will change soon.

Virtual reality has impacted journalism as well, according to an article on a new project that has been published in New York Times. Chris Milk and Spike Jonze, directors of Vice News and video, made a brief immersive documentary called Millions March NYC 12.13.14. The content covers the protests that burst out in NYC stimulated by the police killings in Staten Island and Ferguson. This content represents an breathtaking new inspection of the medium.

The documentary’s debut takes place at the Sundance Film Festival, while iOS an Android users can check it through Chris Milk’s VRSE Cardboard app. If you decide to download this content using the app make sure you have a lot of memory space for this large video. You should also know that there is no a simple way to delete this big files using the VRSE app.

There are a lot of possibilities in this form of reporting. You can take a look at each recorded part of 3D environment and yet it’s easy to recognize places and actions that director wanted to point out. It is done by the camera position and the sounds. That can be experienced in the first scene placed in Washington Square Park. Your attention will be drown by loud protesters speaking but you can look at any protesters around you to check their reaction. That is not possible while you watch a traditional 2D video.

Millions March is a new way to tell a story as well as one of the first contents that feels as a completed product. Besides this VR documentary Milk has made another one telling story about a Syrian refugee camp. It’s named Clouds Over Sidra and can be downloaded for VRSE app with no charge. Evolution of Verse is another non-documentary VR content that is achievable on the app. This ia brief, unreal artistic video with a strange Kubrickian twist.

Awesome thing is that this content could be seen right now for small amount of money using Google Cardboard and smartphone. This is one of the reasons why the Cardboard feels more and more like valid device that you should check on.

After some time Oculus will get to the consumers an win over hearts of the wide public, especially gamers. Despite that, Google Cardboard will stay on the VR scene thanks to its low price.