After some time of waiting, Pixel Rift, Virtual Reality (VR) game, meant to be played on Oculus Rift’s second development kit (DK2), has been put in final developing process on Steam Greenlight. 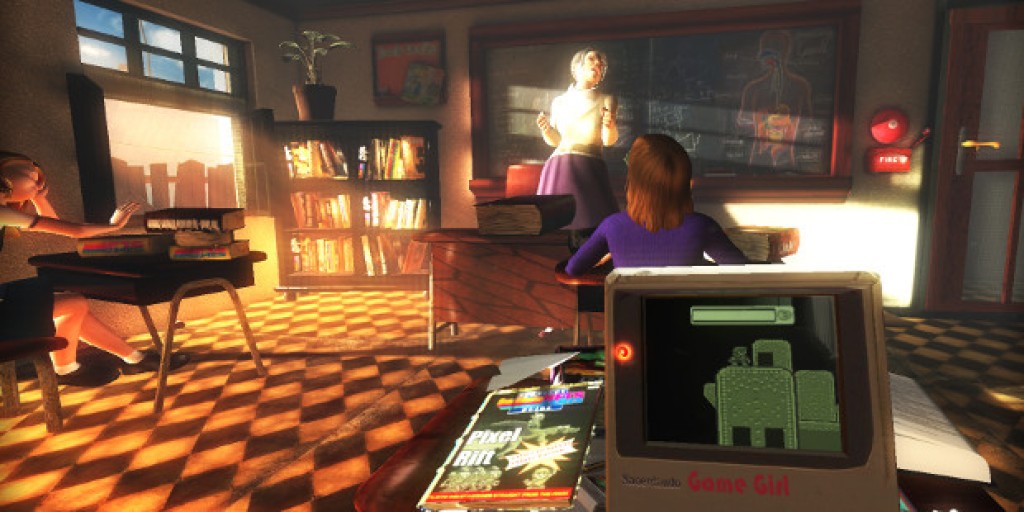 Lately this title, created by Ana Ribeiro, has been achieved enough up-votes from Greenlight society to be available on Valves sharing platform.

2D gaming in a 3D environment

Main character is Nicola, a young lady preoccupied with computer games especially with fictitious game Pixel Rift. While playing this remarkable title user will be in the role of Nicole and will be placed to different phases in her life. In each period the girl will play other iteration of the game franchise. The game iterations will not be played just in various periods. They will be performed on different platforms and several ambiences.

What is Pixel Rift?

This title can be described as a one game inside of another game. The author of the Pixel Rift tried to include each childhood obsession with consoles that were hand-held such as the ‘Game Girl’ that has been represented in this game.

Pixel Rift is created in 8-bit 2D graphic mode showing vibrant and unreal style within real world scenery such as schoolroom and sitting room. This game is planned to be released this year but precise date is not published yet.