There was a time when, whenever a blockbuster movie was released, a video game developer would be hired to make a game based on that movie. Some of those movie-based video games have been extremely successful while others, on the other hand, have been terrible.

The Tomb Raider VR consists of scenes that put you in the shoes of Lara Croft herself. It gives you a visual sense of running from Trinity soldiers through an ancient tomb. Having only a bow and climbing axe. In the Tomb Raider VR you are able to turn on Lara’s flashlight in order to be able to see the collapsing caverns, with traps spread out. Or you can zip-line across the caves. You are able to interact in the VR by the use of the Gear VR touchpad or wireless controller.

The movie is about Lara Croft, the incredibly independent daughter of an adventurer who disappeared mysteriously when she was in her adolescent. At the age of 21, living a purposeless life, working as bike courier, rarely making the rent, struggling with her student life, more than often missing her classes. One day, she decides to go against her father’s last wishes and pursue the mystery of where her father was last seen. 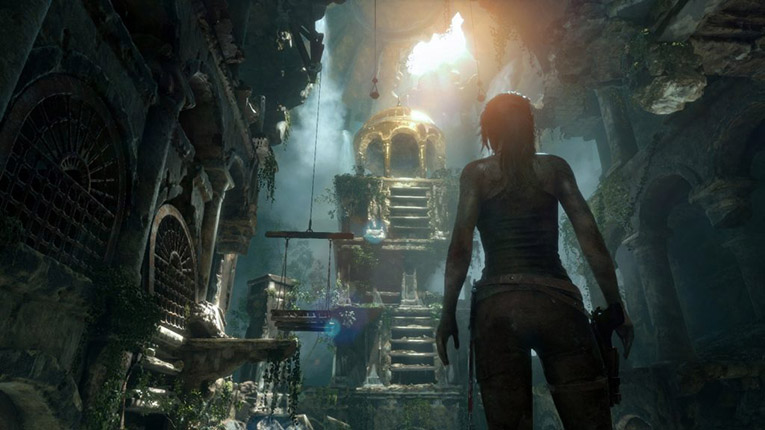 The last-known destination of her father was a cave off the coast of Japan. Her travel to the island itself will be extremely dangerous. But she makes it her personal mission to find out what happened to her father. Lara embarks on this adventure, equipped only with her quick mind, an unconditional faith, and undying stubbornness. She must learn to be able to do more than she is capable of if she is fully determined to make this worth-while. In the case, that she is successful in this adventure, it would her give her the inevitable title of tomb raider.

The movie is set to be released on 16th March 2018. It stars Alicia Vikander as Lara Croft, the main actress. The movie is a reboot, rather than a sequel to the original Angelina Jolie films. The Tomb Raider VR features a part of the video game originally designed for the original Rise of the Tomb Raider.