As virtual reality continues to grow and take the world by storm, Robert Rodriguez is set to join the bandwagon with a brand new VR action series entitled The Limit.

Rodriguez’s past products include the beloved Spy Kids movie franchise, Sin City, Ugly Dolls, and Planet Terror, so it’s not a surprise that he’s opted to go the action route in this new VR series. The show will star Michelle Rodriguez of The Fast and The Furious fame, another figure who is no stranger to this hard-hitting genre. The two have worked together in the past on the Machete franchise.

Shot in a first-person POV and short-form style, The Limit will center around Michelle Rodriguez’s main character as a genetically enhanced individual who was designed to be a weapon of mass destruction. The story will weave around her personal mission to take down the covert agency behind her creation. 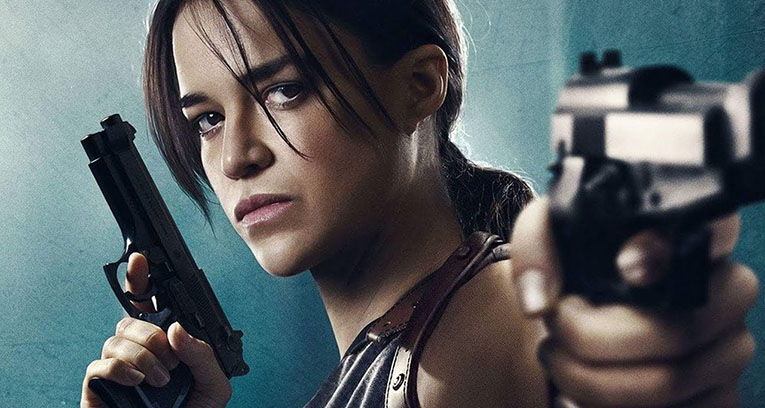 While little else is known about what we can expect from this series, fans are looking forward to an adrenaline-pumping action fest involving plenty of high stakes, lots of fights, and plenty of blood. Robert Rodriguez has also revealed that the show has been filmed with a new virtual reality format that is more cinematic, therefore coming as a balance between 360-degree VR and widescreen VR viewing.

Andy Vick and Rick Rey, who are the co-founders of the platform that The Limit will be showcased on, have also chimed into the conversation in agreement, stating that this new blockbuster style of VR is not a format that can be found in any other current VR offerings.

The production process for The Limit has already been wrapped – production began at the end of January – with Robert Rodriguez producing, writing, and also directing this series. The show also has a co-writer in Racer Max. It is set to begin showing in the summer on a VR channel called STXsurreal.

STXsurreal is a pay-per-view channel that will focus exclusively on VR showings, and it will see its debut in the summer. Its original creators, a company named Surreal, are a VR company that produced cinematic content and were bought over by STX Entertainment in the August of 2016. On its own, Surreal has created and released over 70, 360 different videos, many of which showcase actors and public figures, including John Hamm, Gordon Ramsay, and Snoop Dogg.

STXsurreal’s application, where The Limit will be played, will be available through the Daydream VR platform. This application, which is being made in partnership with the team behind Google’s VR efforts, is set to feature 360 live-action movies and films.

Meanwhile, VR movies, videos and series seem to be picking up now, with different productions in place for this new way of viewing content.