There was some cheering news yesterday about the launch of an Mixed Reality app from the stable of Florida based company Magic Leap in collaboration with Icelandic Musical group Sigur Rós. The name of the app is “Tonandi”, and there have been no definite details about how it operates due to the non disclosure agreement put in place by the company.

Last week’s promise by the CEO of Magic Leap – Rony Abovitz promising fun and good stuff from the secretive reality startup company must have set the tone for the brief announcement of their new app today. The Magic Leap are a leading mixed reality company in the United states came into the news in 2015 when they got massive boost from investment from Google, and there have been so much expectation from the public on the company launching something big.

Magic Leap invited Pitchfork reporter, Marc Hogan to test run the app, and he indeed had some wonderful rave about the app. The Tonandi app is a product that goes back to four years of collaborative work between Magic Leap and Sigur Ros and the idea behind the product may in line with Magic Leap drive towards visualizing music using apps created in the mold of Sound Cloud.

According to reports monitored earlier today, the app “appears to show a Jelly fish like creative swimming in air as a colorful living scenery rooting to the table top undulates as if underwater” The idea is to match the waveform of the app to the music which would be playing at the background. It’s a unique way of blending of objects and items in real world.

The key factor behind the creation of this app by Magic Leap revolves around achieving an unlimited potential for creativity and fun. The music industry is very competitive with lots of company releasing apps on a regular basis to assuage their millions of fans worldwide. They also intend bringing the future a step further via this audiovisual project, which may soon be ready for the open
market any time soon.

An amazing possibility on the potential of this powerful app is the dream of it replacing phones, TV’s and computers in the future. The company definitely has plans for the future which may still be in wraps due to some obvious reasons. The projection is that the app may be available for download on Magic Leap “someday” at a yet to be announced date. 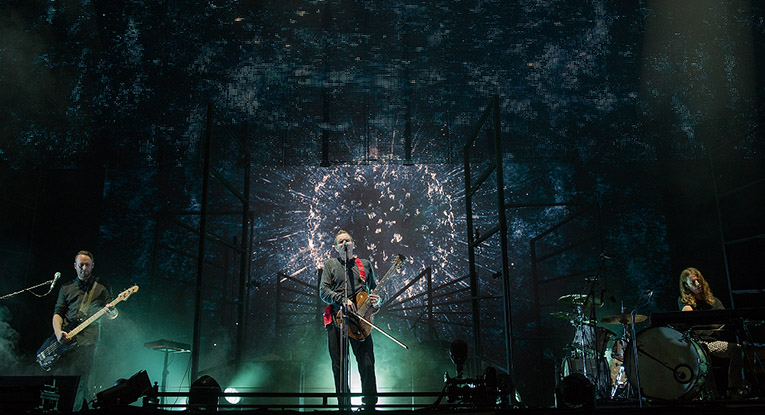 While the music world and hi-tech expert wait in anticipation for the official release from the stable of the secretive reality startup group, no official statement as regards their AR headset launch has been made, as they have been working on it for quite a while. A few problems with the present Augmented reality device which Magic Leap intend to solve before officially putting the product in the open market.

Some noticeable problem with the AR headset included issues with having a narrow field of vision, which gives an unmixed reality in ones peripheral vision while in use. Secondly, the device requires so much energy for use and the present battery pack it comes with cannot cope with the energy demand. Magic Leap still hold the ace as regards creating a product that can meet the expectations of already eager lovers of music apps worldwide, and how soon they release their product and app will determine their growth in the coming years.

What is Windows Mixed Reality and all you need to know

Everything You Need to Know Before Buying Star Wars: Jedi Challenges AR Headset

SketchUp Viewer on Microsoft HoloLens is an Indispensable Tool for Architects